Find out what our customers say about BrainLit. Discover how BioCentric Lighting can change the lives and working environments of many, benefiting people from all over the world.

Enjoying BioCentric Lighting in the middle of a pandemic

–When we moved here, there were fluorescent lights hanging from the ceiling. They are the worst! Now, it feels like we brought the sun with us indoors.

Carl-Henric Nilsson, CEO of Kunskapspartner, points at the rails in the ceiling where the fluorescents used to be fastened. They are all that remains of the insufficient light sources that he and his employees had to settle for prior to installing BioCentric Lighting. Now, what BrainLit calls ”the sun and sky system”, recreating natural light conditions by combining panel lights and spotlights, makes the surroundings bright as day. 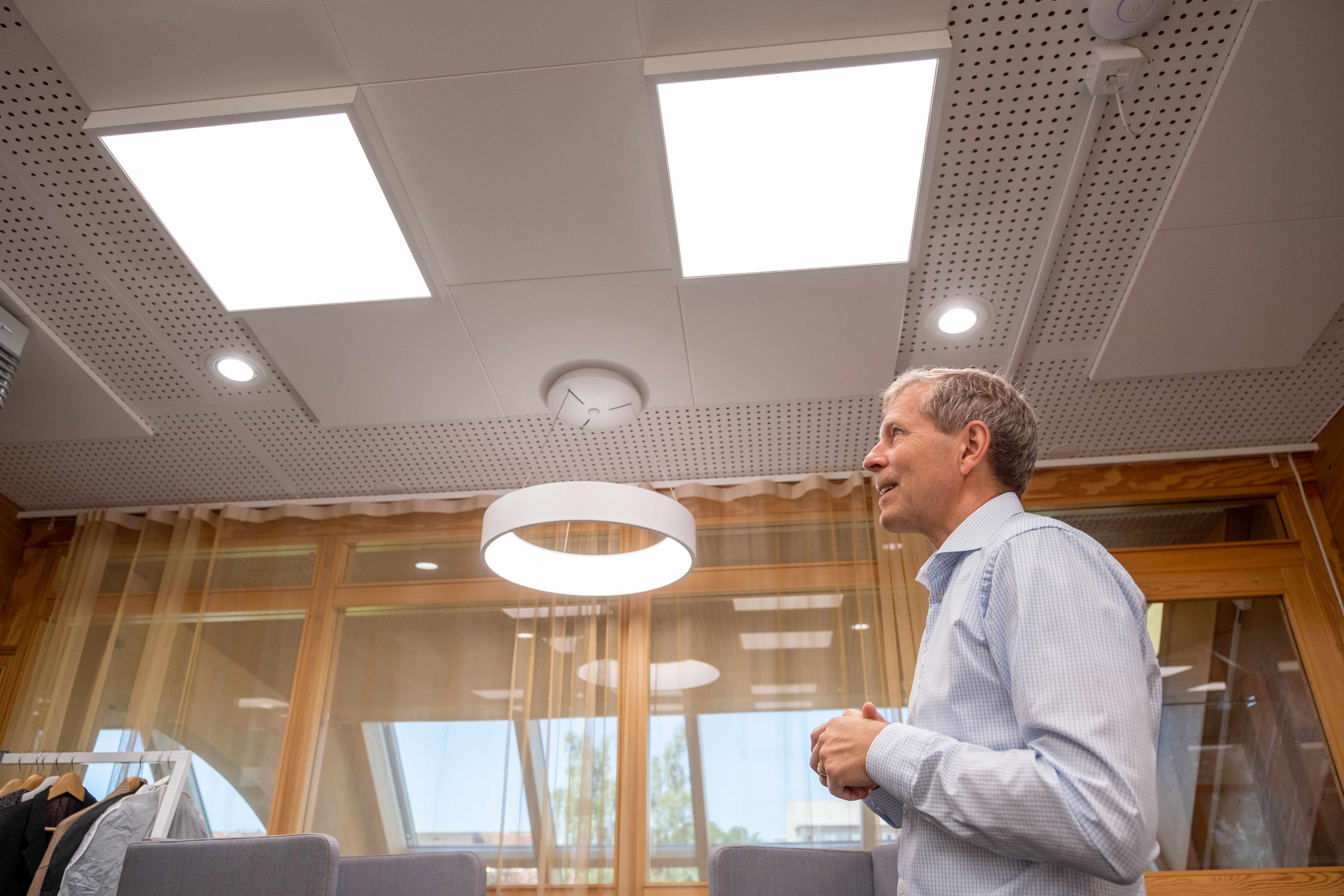 Kunskapspartner is situated in an upstairs office at Ideon Science Park of Lund, the hometown of BrainLit and only five minutes walking distance away from the provider of the new light sources that he is demonstrating. The large second floor windows provide natural sunlight from both sides. To the naked eye it looks precisely like the indoor lighting.

– We are all biological machines, controlled by algorithms. The light we are exposed to is one of the most important inputs for that machine. And now we get the same light as if we were out hunting on the savannah. It doesn’t get more natural than that, this is the kind of light we are all made to thrive in, says Carl-Henric Nilsson.

BioCentric Lighting was installed in the office at the worst time possible, February of 2020. Just a couple of weeks later, the corona pandemic started spreading in Sweden and for the small consulting company, new considerations had to be made almost overnight. Normally eight people are based here, but right now, Carl-Henric Nilsson is on his own.

– Personally, I’m here in the office more than ever, the level of energy is so high in this place that I immediately feel more active myself.

– Everyone decides where to work now, here, at home or in the field. Personally, I’m here in the office more than ever, the level of energy is so high in this place that I immediately feel more active myself. And activity is contagious in the best of ways, we all simply get more work done in the office so coming here is natural even when it’s not necessary, he says.

When customers, mostly small to medium sized local and regional companies, come to the Kunskapspartner office for a meeting, the unusually bright lights tend to attract both attention and curiosity.

After having BioCentric Lighting installed in the office, he finds going to sleep at night is much easier.

– The immediate reaction is that it’s very bright here, or a lot of lux for us folks with an engineering background. After being here for just a short while, everywhere else seems dim and badly lit. Customers and partners who experience our lighting for the first time are intrigued and want to know more about it, he explains.

It’s not just a general feeling, Carl-Henric Nilsson carefully monitors his sleep using a smart watch and an app on his cell phone. After having BioCentric Lighting installed in the office, he finds going to sleep at night is much easier.

– At nights I get more tired, which is a good thing. After boosting my system with daytime hormones at work, my body feels that the day is over, it’s time for something else and thus it starts to unwind.

He is not only a happy enjoyer of Biocentric Lighting, but also a proud early shareholder of BrainLit. When he talks about his first experience of BrainLit, it is with the voice of someone who has made a great find, not to mention a bargain.

– I already knew BrainLit founder Tord Wingren when he started the company, he was very enthusiastic about its potential. Knowing very little about the biological effects of light beforehand and not even having seen the product, I made myself familiar with it and understood the magnitude of this innovation. BrainLit has the makings of a large international company, like Lund based IT consultants Axis – or even Tetra Pak, which was also once a small company, Carl-Henric Nilsson concludes.

If you are interested in your own BCL solution we are here to help you. Contact us today for any enquiries. 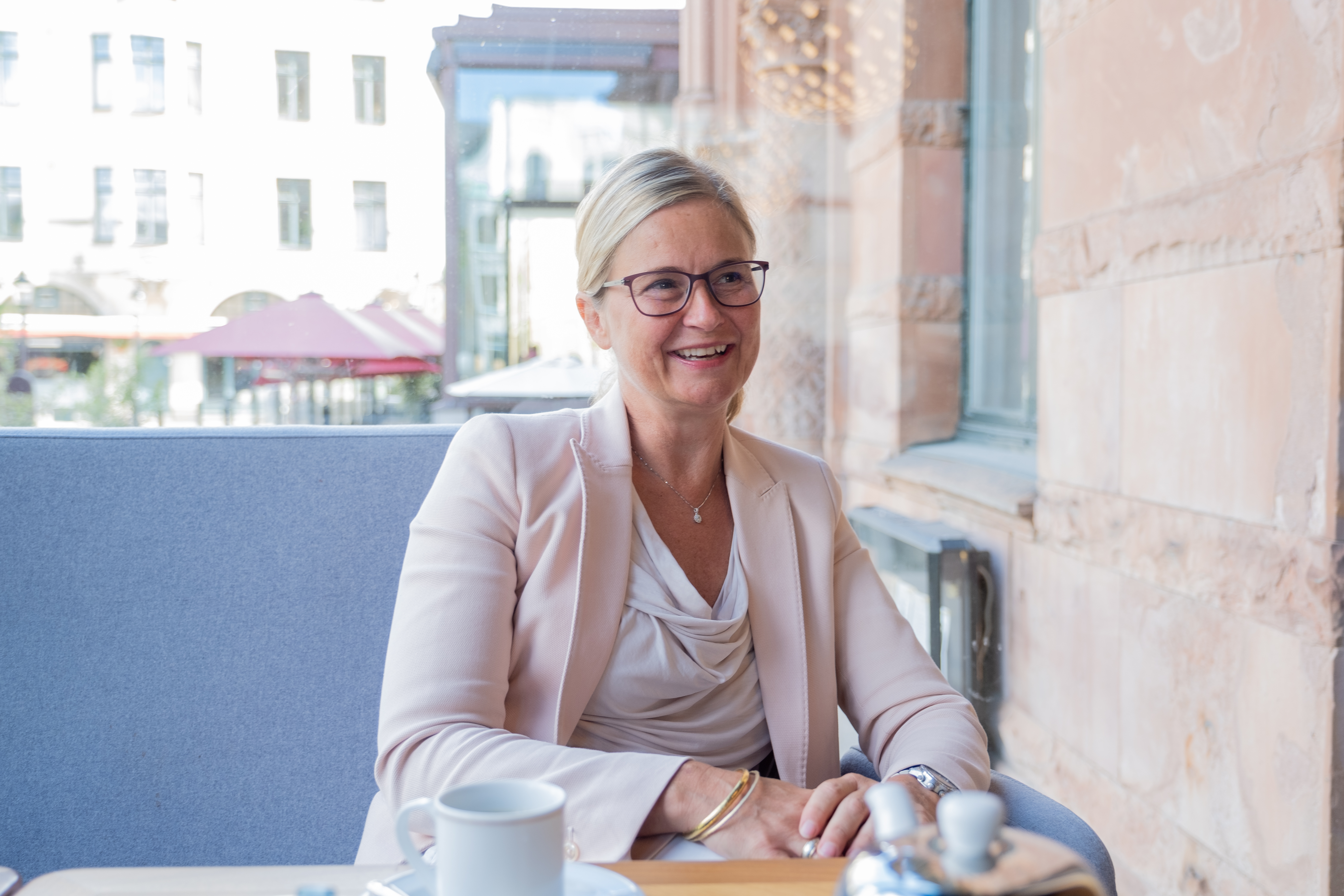 Want to follow in the steps of Grand Hotel?

If you are interested in your own BCL solution we are here to help you. Contact us today for any enquiries.