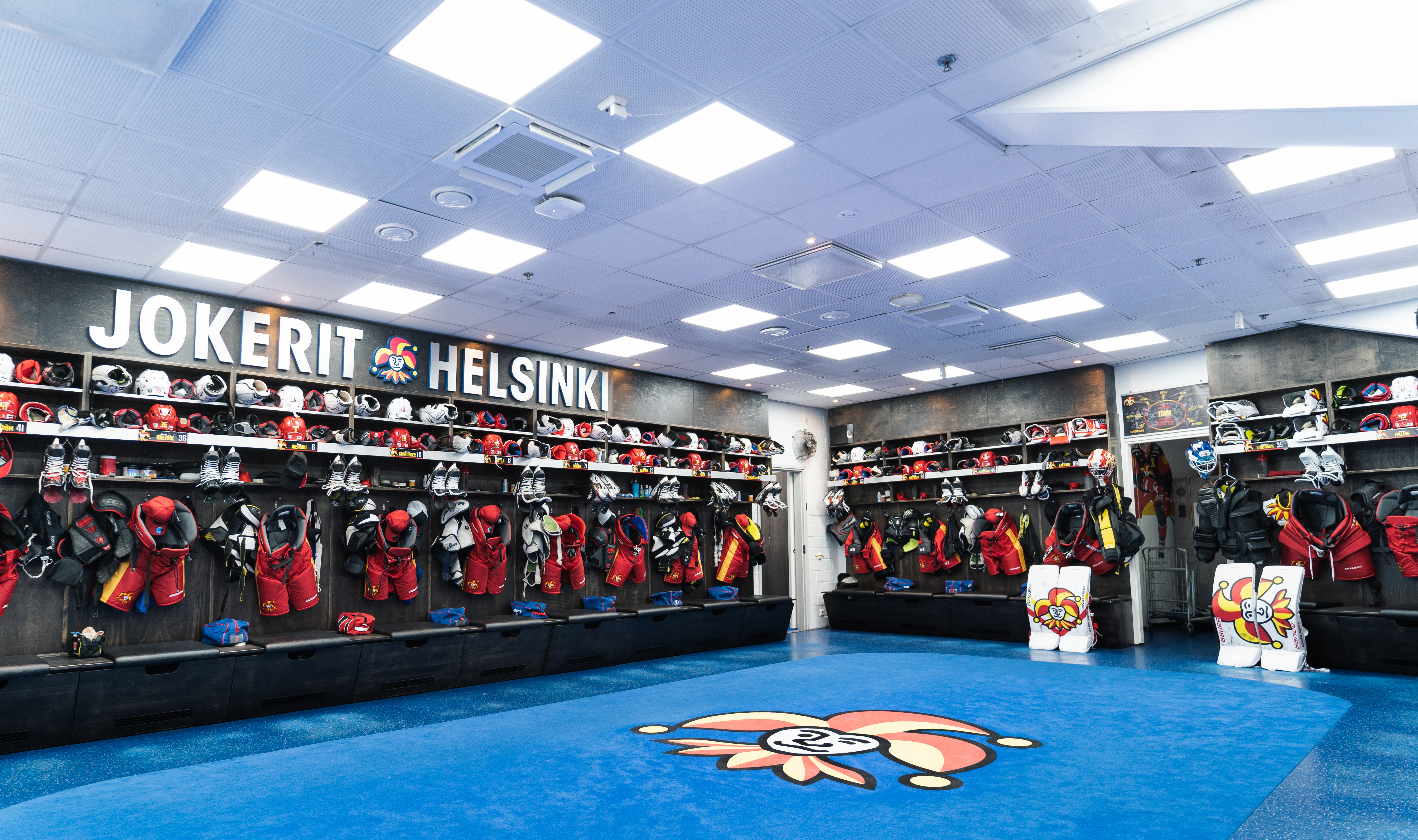 Kontinental Hockey League (KHL) club Jokerit is one of the first sport customers to install BioCentric Lighting™ by Swedish company BrainLit AB inside their dressing rooms. The BioCentric Lighting™ system provides athletes a range of performance advantages in training, game preparation and recovery.

As one of the leading European hockey clubs, Jokerit is always eager to find innovative ways to enhance their player performance through state-of-the-art equipment and technology within its training facility and arena. Their management and coaches view BrainLit as a natural way to maximize performance for their athletes.

“The importance of recovery in top sports is extremely high and we always want to provide our players with the best possible conditions for success. With new technology, we are able to ease the stress that players face over a long period of time. KHL travels between different time zones, so there is a lot of strain on games and practice as well. With BrainLit’s BioCentric Lighting ™ system, we return faster and it has immediately made a positive impact on players,” says Jari Kurri, chairman of Jokerit.

”We believe that BrainLit will quickly become a standard, a ”must have” -technology for elite level sports venues around the globe. This will be an essential piece of architecture of any world-class sport training facility, arena or stadium”, notes Mika Sulin, Chairman of the Board at BrainLit Oy, the Finnish subsidiary managing the sports and fitness sector for BrainLit.

Natural light is the most important external synchronizer for the circadian rhythms in the human body. Research suggests that a balanced circadian rhythm has a favorable impact on human performance, particularly improving sleep quality, alertness, immune strength, energy and general wellbeing. There is a rapidly growing interest within sports industry in the use of light to improve athletic performance.

BrainLit was founded in 2012 in the university city of Lund, Sweden by Tord Wingren, one of the inventors of the Bluetooth technology. The company provides healthy environments, using personally adapted light indoors recreating daylight. To date, the company has established biocentric environments for more than 10.000 employees of customers all over the world. BrainLit is strongly focusing on growth, today engaging 25 employees in Lund with subsidiaries in Helsinki and New York. The long term objective is to improve life for people with BioCentric Lighing™ which is the basis of the company’s solution, resting on firmly established research and based on a number of patent groups.

Mika Sulin, chairman of BrainLit Oy has been a leading European sports industry executive for more than 30 years and is also a former elite Finnish hockey player. Sulin brings a unique perspective driving the business development for BrainLit Sports, having spent his professional career working with athletes, teams and leagues around the globe. Previously, Sulin served as CEO of Finnish hockey club Jokerit, CEO of Hartwall Arena Helsinki, General Manager of Nike Central & Eastern Europe and Secretary General of Finnish Olympic Committee. He has also led development and construction of more than ten sports and entertainment venues in Europe and Asia.

Jokerit Helsinki was founded in 1967 and the club’s first team has played in Europe’s top league, the KHL, since the 2014-15 season. Jokerit has advanced to the playoffs in every season it has participated in the KHL and been in the top-8 three times. Over two million people have visited the team’s home games during the past six years which makes Jokerit the biggest club in the Nordic countries by attendance.