Students’ test results increase by 12% thanks to the right lighting 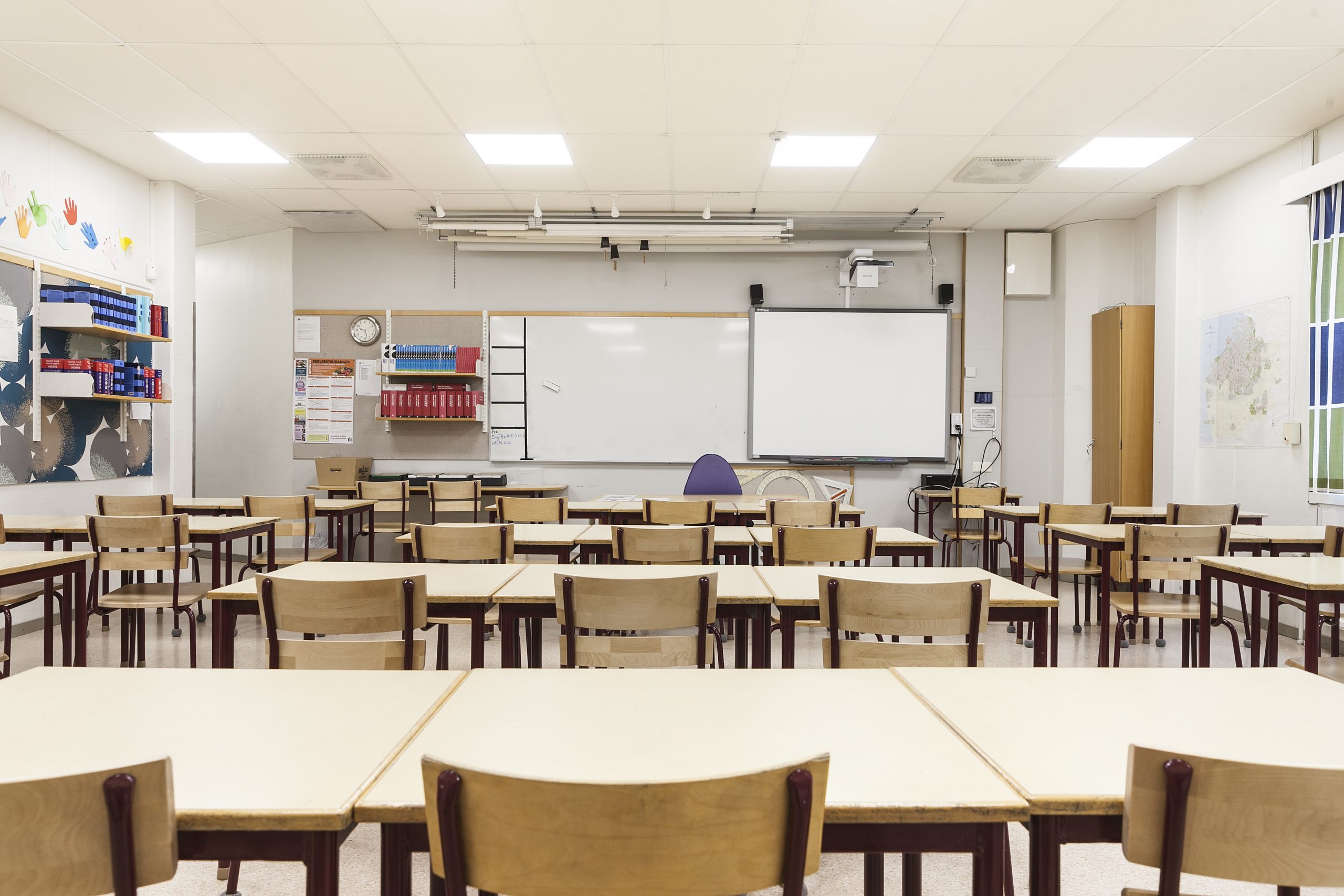 BrainLit’s lighting in a classroom in Malmö, Sweden.

A new field study by researchers at the Technical University of Denmark has shown that intermediate-level students perform 12% better in math tests under biocentric lighting. Lund-based company BrainLit supplied the system controlling the biocentric lighting, which is based on, among other things, Nobel prize-winning research on circadian rhythms.

The indoor environment plays a crucial role in the ability of school pupils to absorb and process information. Furthermore, a new study considers the lighting environment to be a decisive factor. The study looked at how the performance of 92 Danish pupils in fourth and fifth grade was affected by factors like lighting during a four-week period in October and November 2019. The lighting environment consisted of a blue-tone biocentric light averaging 748 lux adapted to mimic the daylight cycle, as compared with a traditional yellow-tone constant light at 447 lux.

Considerable differences were found between the pupils’ results in the two different lighting environments, with a 12% improvement in math results under the biocentric light compared with the constant light. Speed and concentration measured using a d2 test also increased by 5.4% and 6.1% respectively.

– The study clearly shows that, having lived ten thousand generations according to daylight cycles, humans still need natural light to perform at our best and feel well, despite many of us spending much of our time indoors, says Dr. Klas Sjöberg of Lund University, a BrainLit scientific council member whose research focuses on the impact of light on health.

The light measured in the study was developed by Lund-based company BrainLit as a systemic solution to the problem of our spending less time in daylight than we’ve done for ten thousand generations. The solution consists of sensors and algorithms that control the lighting based on the daylight needs of individuals or groups. In practice, this involves BrainLit’s system using various lights that mimic daylight indoors throughout the day to enable the eyes’ ganglia cells to signal to the body that it should adjust the production of the sleep hormone melatonin for stable circadian rhythms.

– Our idea is simple and based on using advanced technology that allows indoor lighting to mimic daylight in order to make us feel good. We believe that within a few years, people will be happy only with lighting that also has a positive impact on their wellbeing, says BrainLit CEO Niclas Möttus Olsson.

The 2017 Nobel Prize in Physiology or Medicine was awarded for research on our circadian rhythms and explains how plants, animals, and people optimize their physiology to prepare for the various phases of the
day. Light is the most important factor in controlling circadian rhythms.

The study was published on 13 January 2020 in Building and Environment by researchers at the Technical University of Denmark. BrainLit had no involvement in the study. The study is available to read here.