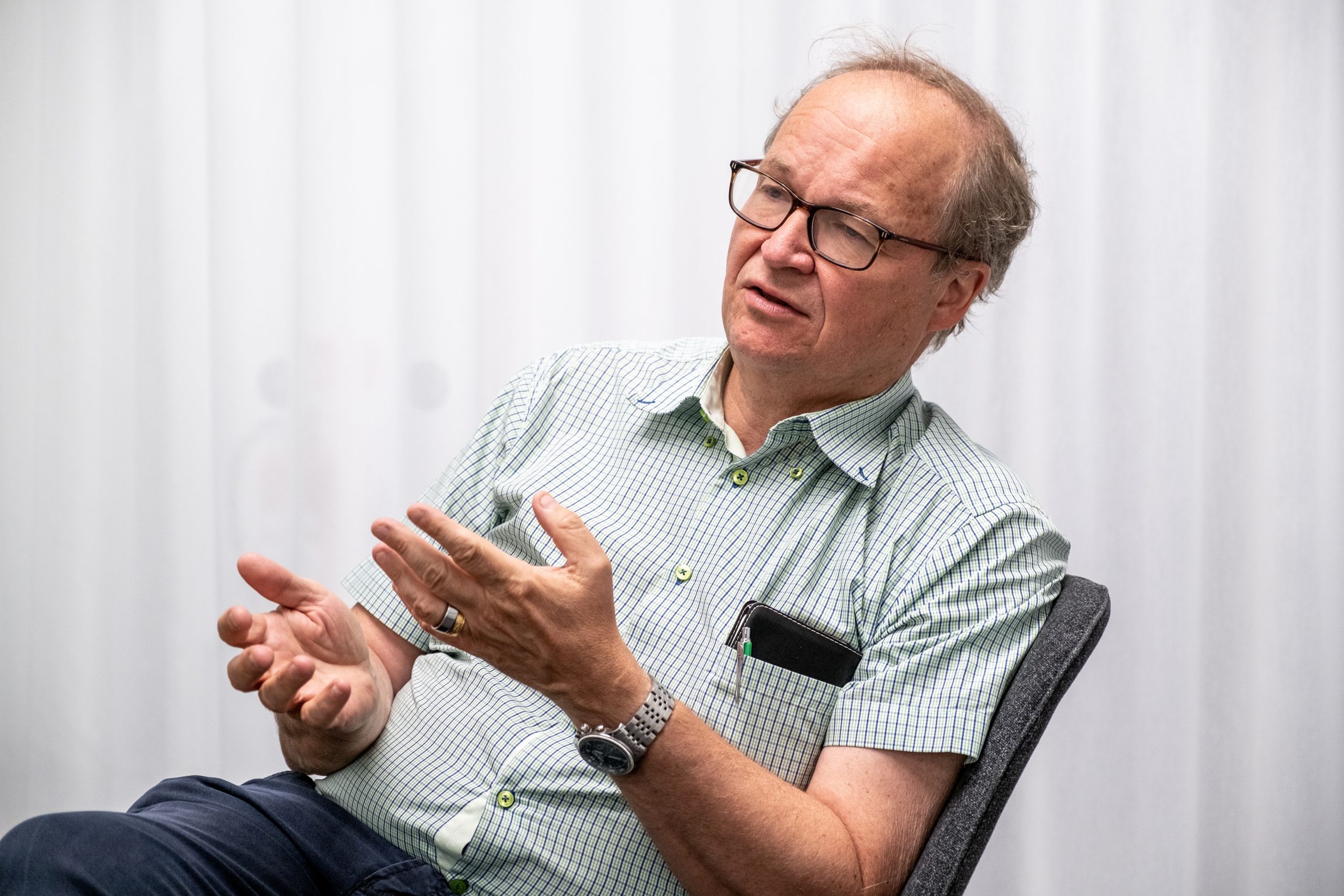 The amount and type of light around you affects you more than you can imagine. Working in an office with only artificial light for the majority of the day is a new experience for the human biology and in recent years, its detrimental effects on our health have become apparent.

BioCentric Lighting is BrainLit’s innovation to solve this societal issue. The system is based on our ever expanding knowledge of the circadian rhythm and how light not only has an impact on it, but basically controls it. Not to mention how it differs from person to person. The research continues, and for the BrainLit team, it is rewarding to be able to provide tools for researchers to accelerate their studies of light to gather more knowledge of the impact of light and how it varies for each individual.

Sleeping patterns and health risks
– We are all different chronotypes, morning persons, evening persons and every variation in between. The quality of our sleep also changes with age, the older we get, the worse our sleep gets. Early on in BrainLit’s research, it was obvious that we had to address individual needs, BrainLit founder Tord Wingren explains.

Lack of proper sleep is in turn the trigger for many harmful conditions. Depression, type 2 diabetes and obesity are more commonly found in people with a late chronotype, or evening persons. Recently the discovery of how our sleep can be beneficially affected by light conditions was made, and the fact that it is strengthening our immune system has been increasingly emphasized in recent years.

Optimal times for nutrition
–There are still gaps in our knowledge, but more and more information becomes available. In 2002, a special type of receptor cell was discovered in our eyes. These rare cells are tremendously sensitive to the shift in blue light during the day. In itself, that is enthralling, but since 2002 so much has happened in the field of chronobiology. We all have a biological clock in each and every cell and we have several cyclic systems. For instance, this means we should not eat at any given time, instead there are optimal times for nutrition, says Tord Wingren.

Not only this, but our daily cycles are not exactly 24 hours. Instead they vary from person to person, most having a natural day and night cycle slightly longer than 24 hours, but others having shorter cycles. This is regulated and synchronized every day – by natural blue light. Without it, like in an office environment, the cycles become increasingly delayed and turn more of us into evening persons. Getting enough sleep becomes ever more difficult and we are caught in a downward spiral.

Timing of light is crucial
–Research has proven how important getting just two hours of beneficial light every day is. Two hours of natural light in the morning are worth more to us than two in the evening, the early light gives us a resistance to poor light conditions later the same day, says Tord Wingren.

The human biology has been impacted by light for thousands of generations. Only in the last couple of generations, we have been removed from the natural light and subjected to artificial conditions. Our different chronotypes may be a heritage from our distant ancestors, who already had different roles in society.

– The brightness could be dazzling, but the sun and sky concept, combining light panels and spotlights, eventually recreated the conditions of the sky light.

– Studies show there is a genetic component to the chronotypes. Among the cavemen, some had to stay awake late to keep the fire lit and watch for predators, says Tord Wingren.

Many thousands of years later, these chronotypes still have an impact on our daily performance. As they vary over our lives, so do the times when we are most efficient. For instance, teenagers are infamous for being evening persons, staying up late and being hard to wake in the morning.

Light affects our performance
–So why are they forced to do math tests early in the morning? How would they perform a few hours later, when their bodies are at their most efficient? There are studies of athletes to find out the best time of day for everyone to perform at maximum level and it differs up to 26 percent during the day. If you know the chronotypes in a team sport, you can use light to synchronize their biologies for them to achieve the most, Tord Wingren says.

BioCentric Lighting is the only way to achieve these effects in an indoor environment with artificial light. Tord Wingren has now lived with the idea for decades and with the actual system for years. But originally, even he was skeptical how it would perform.

– I was really hesitant when I tried the first prototypes, the luminaires needed fine tuning so they would emulate natural ambient light perfectly.

– The brightness could be dazzling, but the sun and sky concept, combining light panels and spotlights, eventually recreated the conditions of the sky light. Nowadays I feel a tremendously positive effect on my entire wellbeing, thanks to this light. When I leave the environment where I have BioCentric Lighting, I immediately long for it, Tord Wingren concludes.